Bartering as a form of doing business has been around since ancient times, when people would trade their goods and services for something else that they needed, negotiating their relative values and making a deal. 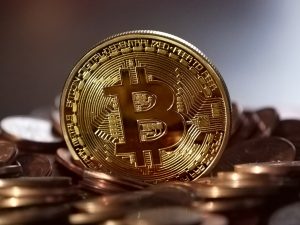 ITEX of Southern Florida is a modern twist on that system. It’s platform a platform that helps consumers find others to trade with — instead of having to journey to the next village to find what they need, ITEX clients can check out the website to see what other members have to offer then use the ITEX dollars to get what they want.

Bartering was the original way to trade goods and services, before currency was invented. And trading and currency has come a long way since then, to the modern use of cryptocurrency like Bitcoin, the latest method of trading to come on the scene.

Bitcoin is a a form of electronic cash that is decentralized, without a central bank or single administrator, per Wikipedia. It can be sent from user to user on the peer-to-peer bitcoin network without the need for intermediaries.

But bartering has endured throughout the years, no matter what other currencies have come on the scene.

According to BBN Times, evidence of bartering has been found showing it was practiced by the ancient Egyptians who traded grains, cattle, precious stones and fabrics with each other. Later, trading in markets led to the need to standardize measurements and methods of payment.

The first coins were minted around the seventh century BC from gold and silver. They had a fixed value, and other commodities were given fixed values as  well.

The Chinese were the first to use paper currency, in the 11th century AD, and the practice spread to Europe by the 13th century. Paper money became standard in 17th century.

In the 20th century, payment  by credit card and debit card became popular and ATMs came on the scene. The 21st century saw the onset of internet banking and digital payment platforms. It remains to be seen if the adoption of Bitcoin as a currency will become widespread.