Itex is a bartering organization that has locations in several U.S. states. It is a member of the International Reciprocal Trade Association (IRTA,) a non-profit organization that promotes equitable practices within the modern trade and barter and other alternative capital systems industry. 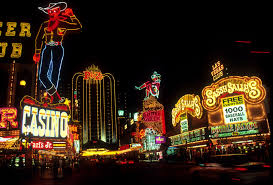 IRTA estimates the total annual volume of transactions in all sectors to be in the $12 billion to $14 billion range, but said the amount could vary widely based on countertrade activity.

Countertrade is estimated at 50 percent, with corporate barter at 30 percent and retail barter at 20 percent.

Growth of the barter industry in the past 35 years has come from a shift from one-on-one trading to third-party trading and the development of internet-based trading opportunities.

Most governments, including the United States, have accepted barter transactions as a viable alternative form of commerce.

The largest benefit for businesses that barter is the principle of making the best use of what would otherwise be unused capacity, unused time or unused inventory.

IRTA, www.irta.com, was founded in 1979 to foster the common interests of the commercial barter industry in the United States and worldwide, and to uphold high standards of ethical business practice. IRTA works with all sectors of the barter industry to preserve, protect and enhance the industry.

IRTA also interfaces with governmental agencies, the media and the public to promote the barter systems as an important component for economic development. IRTA also conducts research into contracts, securities and tax laws and accounting principles applicable to bartering.

Its subsidiary, Universal Currency Clearinghouse, Inc., has its own proprietary software with which was launched in August of 2015.

The 2018 IRTA convention will take place in Las Vegas starting in two weeks.