Sometimes do-it-yourself projects are fun, but sometimes they’re just a bad idea. Like cutting your own bangs. Or doing your own electrical work.

Why risk electrocution when you can hire the professionals at GB Electrical Services, Inc.,
state licensed commercial and residential electrical services specialists, through ITEX bartering of south Florida? 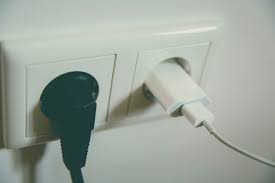 GB Electrical Services has more than 30 years of experience as electricians in the field.  New commercial and residential construction, renovations, and service for homes, office buildings, restaurants, warehouses, schools, hospital additions, retail outlets and others are among the projects they have completed over the years.

And it turns out that having a good electrician to call is a luxury you should enjoy now. The U.S. Bureau of Labor Statistics predicts that America will face a shortage of electricians in the future.

The International Brotherhood of Electrical Workers (IBEW) said factors that will cause the predicted shortfall include growing  high-tech demands the aging of the American workforce. “Electrical workers are aging, as is the general population,” the IBEW said.. “The task ahead is not only to recruit and train more electricians to meet the needs of a growing industry, but to make provisions to replace current electricians who will retire.”

The National Electrical Contractors Association (NECA) said, “The predicted shortfall of electricians in the U.S. won’t be just the industry’s problem. Shortages affect all businesses up and down the line, by generally driving up the cost, and driving down the quality, of any product or service.”

“The need for skilled workers to meet the growing electrical demands of our high-tech society is a concern that cuts across geographical borders,” says Hill. “Only by national and united efforts like the NJATC can we hope to match the growing need for years to come, to keep our future bright.”