Looking for a great gift for customers or staff? There’s nothing better than popcorn, and ITEX member Popcorn Zone has a flavor for everyone, with more than 100 choices. 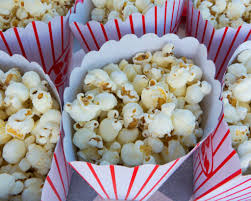 Popcorn is not only delicious, it can be very good for you as well. A cup of plain popcorn only contains around 31 calories. Popcorn also contains fiber and is the only snack that’s 100 percent whole grain.

Popcorn has been a popular snack for centuries. According to popcorn.org, popcorn was discovered in the Americas thousands of years ago.

It is believed that the first use of wild corn was for popping. The oldest ears of popcorn ever found were discovered in west central New Mexico in 1948 and 1950. Popcorn was also integral to early 16th century Aztec Indian ceremonies.

Popcorn was an important food for the Aztec Indians, who also used popcorn as decoration for ceremonial headdresses, necklaces and ornaments on statues of their gods.

Writing of Peruvian Indians in 1650, a Spanish explorer said, “They toast a certain kind of corn until it bursts. They call it pisancalla, and they use it as a confection.”

In South America, kernels of popcorn found in burial grounds in the coastal deserts of North Chile were so well preserved they would still pop even though they were 1,000 years old.

Popcorn was once popular as a breakfast food.  During the late nineteenth and early twentieth centuries, people ate popcorn first thing in the morning rather than as an evening snack.

And although popcorn began to be sold at movie theaters in the U.S. in the late 1920’s, many theater owners initially refused to sell it because it was too messy. So,  vendors set up popcorn poppers outside of theaters and sold popcorn to movie-goers on their  way into the theatre.